Understanding and Healing the Hurts of Childhood(2018)

It is difficult to believe that childhood largely dictates how our adult life will be. The seeds are sown from very early childhood before conscious memory begins, and, therefore, in a counselling setting it can take months for the adult to make the connections between childhood and adulthood. It can be challenging to realise that what determines how we will be later in life is the nature of the attachment we have to our parents or caregivers from birth onwards.

Attachment is a psychological term, and a secure attachment is an intense and unique relationship that forms a lifelong bond. The person that the child forms the bond with is known as the attachment figure. An insecure attachment, on the other hand, is the opposite, where no bond or a very weak one is formed, and from that comes many of the painful issues that beset us in adulthood. This book examines some of these wounds and shows how we can heal them. It explores fear, anger and jealousy and many other stresses related to these, which are outlined throughout the book.

This book is not meant to be a criticism of parents or caregivers. We do our best as parents, but we must face the reality that our best is not always enough. We are human, but our most important role in life is to properly nurture our children. We don’t have to be award-winning parents; we only need to be good enough. Unfortunately, some of us fail to be good enough.

When A Child Dies, Footsteps of a Grieving Family

You can order this book from Veritas or by calling 01 8788177. You can also get it from Bookworm, Amazon and all major bookshops.

The royalties from this book are given to the Children’s Hospital in Crumlin.
DEATH OF A CHILD

Please click on the link below to find out more about this book and download a chapter.

The book looks at five types of abuse – physical, emotional/psychological/mental, verbal, sexual, and financial/economic, which will be examined in the context of intimate relationships. Bullying in the workplace, which can contain all of these types of abuse, is also explored. While there is a chapter on child abuse, the book mainly focuses on adult victims and highlights the harrowing behaviours of abusers. It looks at the concept of boundaries, which are breached by abusive behaviours, and examines the abusive personality, how the abuser thinks, and the importance of childhood issues in shaping the abusive personality. Finally, the book outlines the concept of leaving an abusive relationship, and what to do when that decision is made. It ends with a chapter challenging abusive people to change their behaviours. 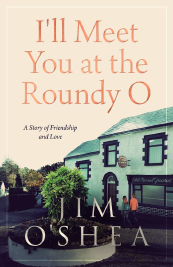 This novel is an account of a world long forgotten. In a humorous and entertaining way, it looks at aspects of life in a small parish in rural Ireland in the late 1940s, 1950s and 1960s. It is a fictional work based on fact, and the protagonists are mainly people struggling with poverty.

Parts of the novel revolve around five youths, who formed a gang from a very early age, and how they interacted with the adults of the time. The novel also shows how the youth of the time developed, growing from childhood to adolescence to young adulthood, how their sexuality formed, and how inhibited they were in their romantic relationships. The incidents in the novel are fictionalised, but many are based on what happened in real life and bring to life what it was like to live at that time.

This was the first in-depth study of the role of the Irish priests in Irish political life, and shows the wide-ranging and crucial role they played in the political and social movements in post-Famine Ireland. The book also looks at the level of vocations, the education of the priests, and the extent of Mass going in pre-Famine Ireland. It focuses on Co. Tipperary, and this facilitates a study of great depth.

Available from Kennys and Amazon..

This is the extraordinary story of the rise and fall of John Sadleir. Scion of a Catholic gentry family, Sadleir was educated at Clongowes, became a solicitor, Member of Parliament, newspaper proprietor, defender of the Catholic faith, and above all a speculator in votes, land, railways and banks. Unfortunately, he became one of the biggest swindlers of the Nineteenth Century, bringing misery to thousands of people who trusted him. He lies in an unmarked grave in Highgate Cemetery.

Social Anxiety is a Huge Obstacle for Third Level Students

March 10, 2022
Jason, the case study of my book, lost friends due to his fear and avoidance, but resolved to move in with friends from... more»

Social Anxiety can be general or Specific. It is a serious complaint

February 18, 2022
In the last blog I looked at how to assess the seriousness of you social anxiety. Martin Antony and Richard Swinson in... more»

September 25, 2021
There are ways to assess how serious your social fear is and to examine its particular underlying causes. The following... more»

July 31, 2021
In the case of social fear the depression and anxiety are often accompanied by toxic shame, which is very often the... more»

July 8, 2021
Social anxiety is often part of a bigger problem. I have found that depression, lack of assertiveness, aggressiveness,... more»

Jim talks to TV3's Ireland AM about domestic abuse. Copyright Ireland AM.

This website uses cookies to improve your experience while you navigate through the website. Out of these, the cookies that are categorized as necessary are stored on your browser as they are essential for the working of basic functionalities of the website. We also use third-party cookies that help us analyze and understand how you use this website. These cookies will be stored in your browser only with your consent. You also have the option to opt-out of these cookies. But opting out of some of these cookies may affect your browsing experience.
Necessary Always Enabled
Necessary cookies are absolutely essential for the website to function properly. This category only includes cookies that ensures basic functionalities and security features of the website. These cookies do not store any personal information.
Non-necessary
Any cookies that may not be particularly necessary for the website to function and is used specifically to collect user personal data via analytics, ads, other embedded contents are termed as non-necessary cookies. It is mandatory to procure user consent prior to running these cookies on your website.
SAVE & ACCEPT